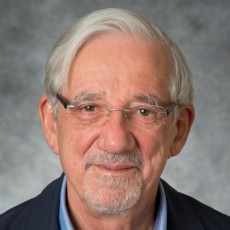 Alan Markwart was appointed Acting Deputy Representative for Children and Youth on March 13, 2018.

Alan initially joined the Representative’s Office in October 2015 as Associate Deputy Representative of Monitoring after more than 40 years working in justice and children’s services. He retired from the Ministry of Children and Family Development (MCFD) in 2013 as an Assistant Deputy Minister. He has extensive experience as a field practitioner, policy director, operational director and executive leader.

Alan was appointed as an Assistant Deputy Minister with MCFD in 2001 with responsibility for youth justice and forensic psychiatric services, children’s mental health services and youth services in the province. He later assumed additional responsibility for services for children with special needs as well as child care and early childhood development services.

Alan is recognized as a provincial and national expert and leader in youth justice who has helped to shape the evolution of youth justice legislation, programs and services for the past 30 years. He has also authored and co-authored numerous book chapters and articles in scholarly journals, which led to his appointment as an adjunct professor in the School of Criminology at Simon Fraser University.

Alan has received several honours over the course of his career, including: the Lifetime Achievement Award of Excellence from RCY, a BC Community Achievement Award, a Premier’s Award and the Queen Elizabeth II Diamond Jubilee medal.

B.C.'s Representative for Children and Youth7 days ago