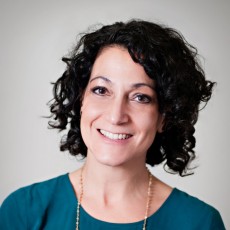 Carly joined the Office of the Representative for Children and Youth in January 2018 as Chief Investigator of the Critical Injury and Death team.  She has a strong background in investigations and extensive experience working for an Officer of the Legislature.  Carly has a Bachelor of Arts degree from the University of Manitoba and a law degree from the University of Victoria. She was called to the bar in British Columbia in 2002.

Prior to joining RCY, Carly worked as the Director of Policy, Legislation and Issues Management with the Court Services Branch of the Ministry of Attorney General. In that role she was responsible for major projects aimed at fostering innovation through technology, law, policy and procedure to reform the court system and improve citizens’ experiences. In this role, Carly also worked with a number of treaty First Nations who were seeking access to the court to enforce their laws.

From 2004 to 2008, Carly worked as an investigator on the Ombudsperson’s social programs team where she investigated hundreds of complaints concerning a variety of government programs including the Ministry of Children and Family Development, the Public Guardian and Trustee, the Coroner’s Service, Community Living BC, health authorities, schools and youth justice. She developed a specialization in services to children and youth and gained expertise in the laws, programs and services for children and youth in B.C.

From 2008 to 2013, Carly worked as the first manager of the Ombudsperson’s systemic investigations team. In this role she was responsible for managing a team of investigators and multi-disciplinary professional staff in the conduct of confidential, complex, and high profile investigations. In 2014, Carly went to work at the Ministry of Health to assist in the implementation of the recommendations in a series of Ombudsperson reports.  As a result, she had the unique experience of both conducting systemic investigations with an independent Office of the Legislature and then working for a ministry to implement the recommendations made.

Carly is a mother of two children, Lucas and Olivia.  When she and her family are not in Victoria they can usually be found at their home on Hornby Island.  Carly loves cooking and entertaining, yoga, soccer, snowboarding and travelling.

B.C.'s Representative for Children and Youth2 hours ago

She's back! SEMA'TSE Jordan has created a new podcast, full of her usual honesty. This one looks at tips and tricks to deal with mental health issues during COVID-19. Check it out here... Episode 9: https://rcybc.ca/the-kid-advocate