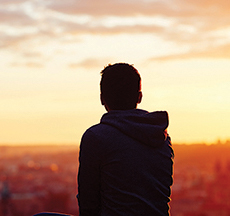 Lack of timely access to mental health services contributed to the suicide death of a First Nations teen in 2013 and is continuing to place Aboriginal children and youth at risk, says a new report released by British Columbia’s Representative for Children and Youth.

A Tragedy in Waiting: How B.C.’s mental health system failed one First Nations Youth tells the story of a 16-year-old boy who left school one morning, walked into a nearby forest, and took his own life. Chester – a pseudonym used to protect the privacy of his family and community – was an intelligent teen from a close-knit family who was described as “sweet and easy to like” by his teachers. But despite exhibiting signs of serious mental health issues, Chester received very little in the way of assessment or services from the organizations that might have helped him. And little has changed since his death, the report concludes.

B.C.'s Representative for Children and Youth13 hours ago

RCYBC @RCYBC
1 week ago
While trauma common in youth who engage in non-suicidal self-injuries, few youth engaging in it get help and support.
View on Twitter
0
3