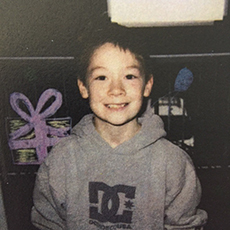 Lacking any permanent connection to his family and culture and without the mental health supports that might have made a difference, an 18-year-old Métis youth in care took his own life in an act of desperation, says an investigative report issued today by British Columbia’s Acting Representative for Children and Youth.

Broken Promises: Alex’s Story illustrates how the B.C. child welfare system failed to act on opportunities to find Alex a permanent home with family and instead left him to drift through 17 care placements over 11 years until he ultimately leapt through his Abbotsford hotel window on Sept. 18, 2015. Alex was alone at the time, having been placed in the hotel room for 49 days as the Delegated Aboriginal Agency (DAA) caring for him could not find a more suitable option.

B.C.'s Representative for Children and Youth6 days ago