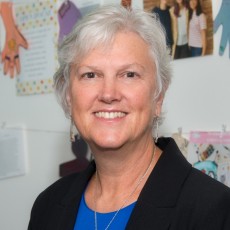 Representative for Children and Youth

Dr. Jennifer Charlesworth is British Columbia’s Representative for Children and Youth. She was appointed as Acting Representative effective Aug. 31, 2018 and confirmed in her appointment as B.C.’s Representative for Children and Youth on Oct. 1, 2018. Dr. Charlesworth has worked in the B.C. social and health care sectors since 1977. From 1980 through 1992, she served in front-line child welfare, social policy, program management and executive roles within government, and was engaged in formative work on deinstitutionalization, community inclusion for people with disabilities, women’s and girls’ health, mental health and youth services. She served as the Secretary to three Cabinet Committees, including Social Policy and Aboriginal Relations, and was appointed to lead Cabinet Operations, facilitating a smooth transition between governments in 1991.

Dr. Charlesworth also supported the implementation of the 1995 Gove Inquiry into Child Protection recommendations and was a member of the executive team during the formation of the Ministry for Children and Families. She left government in 1997 to complete her PhD on the power of women’s voice in the face of adversity, teach child and youth care at the University of Victoria, and grow her consulting practice.

In 2006, Dr. Charlesworth transitioned into the non-profit sector and became the Executive Director of the Federation of Community Social Services of BC. During her tenure, the Federation grew in size, scope and influence, and worked with Indigenous organizations to co-create new ways to support Indigenous children, youth and families. Dr. Charlesworth also co-led a comprehensive review of child and youth residential care in collaboration with the Ministry of Children and Family Development.

Since leaving the Executive Director role at the Federation, Dr. Charlesworth has been immersed in developing the leadership, innovation and cultural awareness of the community-based social care sector. She is the founder of the Leadership 2020 program for the Federation, has served on numerous community board and provincial advisory committees, and was a member of the Premier’s Advisory Council on Social Innovation and Entrepreneurship. She has examined the possibility of human-centered design in advancing social care in B.C. and, in 2017, became the Organizational Change lead at InWithForward – Canada’s first social research and development collective that integrates person-centred social science research and design to generate meaningful social innovation. Since 2016, Dr. Charlesworth has also been working with Chief Wedlidi Speck and many other leaders to inspire culturally safer workplaces and services for Indigenous staff and people served.

Dr. Charlesworth lives in the traditional territories of the Lekwungen and W̱SÁNEĆ peoples. She has a PhD in Child and Youth Care from the University of Victoria, and an MBA from Oxford Brookes University in Oxford, England. She is an award-winning teacher, author, activist and a parent of two vibrant young women who remind her daily of the power and promise of young people.

B.C.'s Representative for Children and Youth8 hours ago

The Rep and her staff are saddened to hear of the passing of Helen Hughes over the weekend. We raise ours hands to her legacy of advocacy to improve the lives of children and youth throughout B.C. and Saskatchewan. Our thoughts are with the Hughes...

“Social justice was really her thing. She really worked hard to ensure those that did not have a voice had a voice."
View on Facebook

RCYBC Retweeted · RCYBC Youth
@RCYBCyouth
The Rep & her staff are saddened to hear of the passing of Helen Hughes over the weekend. We raise ours hands to her legacy of advocacy to improve the lives of children & youth throughout B.C. & Saskatchewan. Our thoughts are with the Hughes family today.
https://t.co/iXRMziTgsv
View on Twitter
2
0

RCYBC Retweeted · RCYBC Youth
@RCYBCyouth
The Rep & her staff are saddened to hear of the passing of Helen Hughes over the weekend. We raise ours hands to her legacy of advocacy to improve the lives of children & youth throughout B.C. & Saskatchewan. Our thoughts are with the Hughes family today.
https://t.co/iXRMziTgsv
View on Twitter
2
0